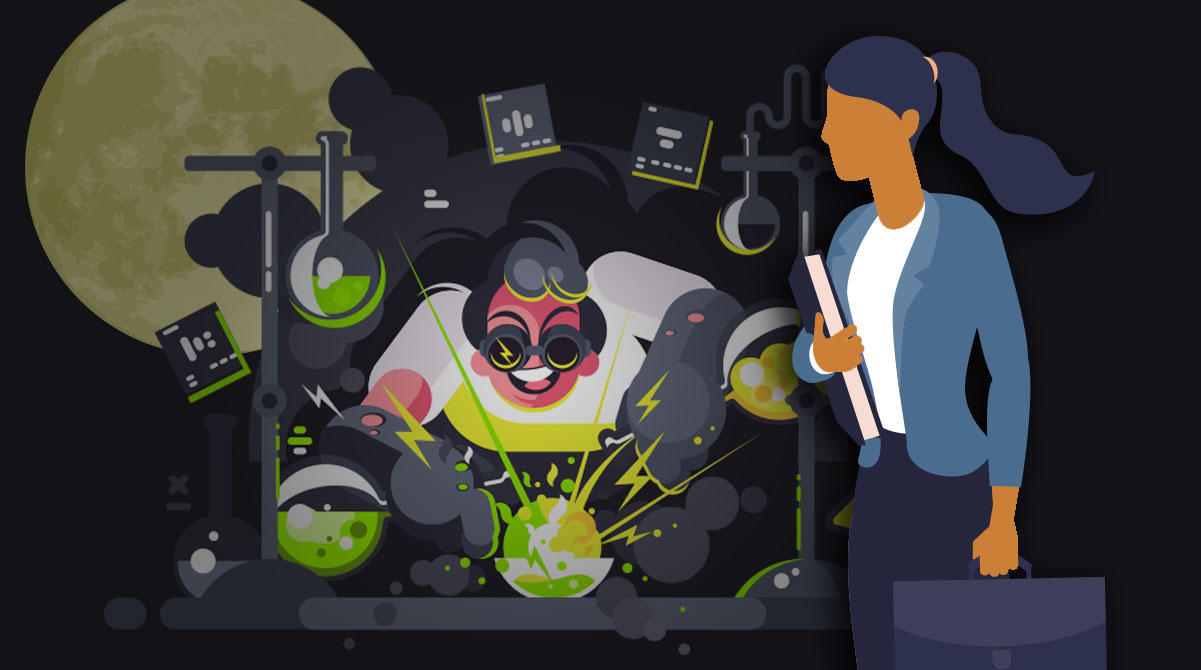 We have all seen individuals standing on street corners holding up signs warning people about something or trying to “recruit” people to a cause. Most likely we walk by, trying to avoid eye contact. We may even think, “Give it up buddy, don’t you notice no one is ‘buying’ what you are ‘selling’?”

I struggle with balancing this image with the image of a ‘leader’ in an organization who oftentimes is in a similar position. If you think about it, a leader is someone who has a vision and is working to attract followers and energize them to achieve the vision. In fact, the ONLY real ingredient needed to be a leader is followers. Without followers, if you are attempting to lead, you appear to others to be a lunatic. Over time you need to find a way to attract followers or find a better path. If you do not, you and your organization will surely fail.

At any time in the process of trying to attract followers, this leader may not be much different than that person on the street corner holding the sign, which leads me to believe there is a fine line between leadership and lunacy. Somewhere along the way, if the organizational ‘leader’ stays at it long enough to successfully attract followers who are committed to the organizational vision or if the ‘leader’ adopts the vision based on input from others, true leadership emerges.

Therefore, if we follow that logic and stand alone on the street corner long enough, we’ll be labeled a lunatic; but if you find a way to attract followers, you’re a leader. So what can you do to be more of a leader and less of a lunatic?

First, leaders need to practice regular, honest self-reflection. They need to look around and see if they have followers. If there aren’t any followers, the ‘leader’ needs to ask why? Is it because the vision is not clear or not effectively communicated, or is it because no one will “buy” the vision today or in the future? If the problem is communication related there is an opportunity for the leader to become more effective at helping others see the goal. However, if people are not willing to buy-in, there is a lunatic in the making!

If the leader has followers, the leader needs to determine why people are following and what can be done to retain and grow the followership. Are they following simply because they are paid or coerced to follow or is the mission and vision something they really believe in and they understand how their efforts contribute to accomplishing the mission? If it is the former, you again have a lunatic in the making unless you can get the followers to really believe.

I have to admit there have been times when I have been a lunatic. At times, I have attracted followers and been able to transform this lunacy into leadership and at times, I have had to abandon the vision and start over with a new plan. It is a painful process to start over, but it has also opened new doors as others shut. I had to be willing to admit that I was the problem and that I needed to do something differently.

I think this is tough for leaders in organizations to do, yet is probably one of the most important keys to long-term organizational and leadership success. There have also been times when I strongly pursued something even though people first looked at me as a lunatic. I kept at it until there started to be some traction and I started earning the support of others. My lunacy led to leadership!

I have been lucky throughout my career to work with more lunatic leaders than just plan lunatics. These folks were visionaries who ‘lived on the edge.’ They were willing to have the courage of their convictions, yet at the same time knew when to quit, if the support from others never materialized. These leaders were the most fun to work with and they were the ones who were able to help transform their environments. Their organizations were the most successful and the cultures were the most stimulating, even if at times it felt we were walking a tightrope without any net.

Ask yourself, in your organization today, are there ideas, products or services that are not gaining traction? Can a lunatic leader turn these around or will great lunacy keep pushing forward until things crash and burn? Will the idea, product or service end up with no real followers? Are people looking at you as the ‘leader’ only to see you as a lunatic? If you are more lunatic than leader, is it time to move on to something else or can you find a way to change the lunacy into leadership?

Jeff Fahrenwald is Vice President of Strategy Development and Execution at SupplyCore, Inc. He is also a partner in one of SupplyCore’s international affiliates. Jeff has served as an Assistant Professor of Business and the MBA Director at Rockford University, and has taught classes related to Strategic Planning and Leadership. Jeff is responsible for working with the entire senior leadership to team to develop and guide the strategic direction of all of SupplyCore’s interests. He has an MBA from Eastern Illinois University.