Leading up to 2013 SupplyCore and its affiliates were still feeling the effects of the Great Recession, along with many industrial sectors—corporations through to small business. Both labor and housing starts data were informing us that our hometown of Rockford, Illinois was also enduring these effects. It seemed we were not quite keeping pace with the economic lift that similar U.S. communities were reporting, as the building blocks of a recovery.

However, business was stable and our core industry was beginning to shake loose. Working to lift up the devastated areas of SuperStorm Sandy became a triumph of teamwork that charted a course for SupplyCore across future disaster relief operations, including Puerto Rico to which we are still contributing recovery effort.

Back in Rockford was a software company that had labored to serve non-profits and social service agencies, across devastating economic times for these organizations, and yet had enough of its own success to prosper. The outfit was created a dozen years earlier, when its social-entrepreneur founders revealed that Rockford’s heroic human services system was not functioning as a coordinated network but rather as a collection of “uncoordinated specialists.” MPOWR was created soon after, and partially funded through grants from the city, county and The United Way. The vision was to provide a “technology-supported collective impact system that bridges the gap between communication and coordinated services.” In 2013 MPOWR became a unit of SupplyCore, which provided the additional resources, business and software expertise and passion necessary for collective impact initiatives.

A community’s success or failure balances on a three-legged stool consisting of physical capital, human capital and environmental capital. Our SupplyCore mission aims at all three, and the threads of corporate social responsibility are visible in the fabric of our organization. MPOWR focuses on the improvement of human capital of communities, through technology and systems change, and remains a great fit for our organization.

It takes people to transform place

Collaboration across a social agency network is certainly a component of community health, but it is only a beginning of a greater story. “The whole is greater than the sum of its parts” is a seemingly simple and often-used phrase. Its Hellenic roots give us clues of a deep philosophical history that commands respect and provides direction to communities and the organizations that collectively push them forward. When people and organizations come together with purpose and vision, they can do what none can do alone. This notion must be a guiding light on which communities can focus to drive innovation, set goals and achieve them.

Even while the importance of investing in human capital is understood, this has often insufficiently moved the progress needle far enough to realize the fundamental shifts required for lasting change. It’s a complex problem that is noble to put skills against, knowing there is a better way to engineer the process.

When something is right, genius is a function of time

MPOWR is what is right, achieving the interorganizational collaboration needed to rebuild people and place—human capital and physical capital—helping to get individuals setting meaningful goals and galvanizing social agencies in that pursuit. SupplyCore continues its investment into MPOWR as a platform to strengthen the efforts of these important groups—the  organizations working on behalf of the individual.

Going forward MPOWR looks to flip that idea and offer tools that enable individuals to effectively drive the success of the organization. What the people of SupplyCore and MPOWR have achieved is difficult to replicate. It’s hard to do. We must have no fear going forward, continuing the investment, knowing that we depend on each other. 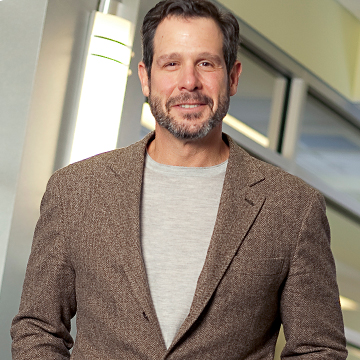 An entrepreneur, philanthropist, leader, and visionary, Peter founded MPOWR® with the goal of helping communities, businesses, and organizations come together, achieve outcomes and systems change, and collaborate more effectively. His vision of creating positive social change through Collective Impact is one of the driving forces behind our technology solutions, and he’s always the first one to ask, “What can we be doing better?” Peter applies the same passion and determination to improve and revitalize the urban center of Rockford, his hometown. Highly respected and admired, he brings an energy to a meeting, event, or conversation like no other. He is a two-time Entrepreneur of the Year Finalist, as recognized by Inc. magazine and EY. The Rockford community is extremely grateful for Peter and all of his contributions; he received the 2017 Excalibur Award, Rockford’s most esteemed and recognized community service honor, as well as the 2018 Crusader Community Health’s Spirit of Caring Award.